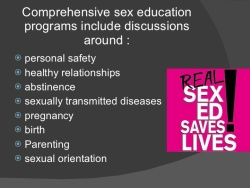 12 October 2017 - The London activist Peter Thatchell has called upon the UK Education Minister and asked her to clarify why the introduction of compulsory "Comprehensive Sexual Education" (CSE) does not include attention to LGBT+ issues. GALE notes it is a worldwide trend that so-called "comprehensive" sex education is not comprehensive at all. GALE proposes to label such programs nsCSE (no-so Comprehensive).

Thatchell said he is urging Education Secretary Justine Greening to provide details about her fuzzy plans for mandatory sex and relationship education in schools. He wants an explanation why the Secretary has excluded legal requirement for teachers to support LGBT+ pupils or to address LGBT+ issues. Thatchell says Justine Greening’s commitment to mandatory sex education is commendable but that it is unclear to which schools it will apply, when it will start and what issues it will cover. Because LGBT+ issues are not mentioned, Thatchell thinks the legislation will not address the needs of LGBT+ pupils.