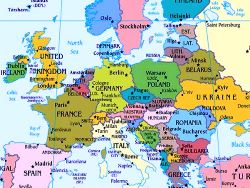 14 April 2020 - The European ABC-project attempted to develop a certification for antibullying policy in high schools. The project ends in May, but was confronted with a series of dilemmas that are not yet solved. Especially scoring was a dilemma. Should we score school at all? If we do, how? Can we use scoring only as a diagnostic instrument or also as a public quality label? Will governments or the European Union be willing to adopt such a label or at least to encourage self-evaluation of schools? We need your advice and would like to encourage you to fill in a short questionnaire about these dilemmas.

The first dilemma we encountered was a discussion about whether we should score schools at all. Some partners thought the schools were too afraid of getting a negative image, while others were thinking that schools were best suited to score themselves rather than to be scored by others. In the ABC-project it was ultimately decided to offer a diagnostic score to schools, while allowing them to not publish their results.

A second dilemma was on what basis schools would be scored. There are a number of scientific findings that give direction to what an effective antibullying policy is supposed to be. But some partners thought imposing such criteria or guidelines on schools would be taking away their freedom to make our own choices. Another possibility was to score schools on the number of people that are involved in implementing the policy, the perceived commitment, or the way it is communicated to all the members of the school. At the end of the project, a diagnostic tool was developed that takes gradual growing commitment as a criterion for the extent antibullying policy is agreed on in a school.

One idea was to create a European antibullying “energy“ label, like we have for refrigerators, washing machines and apartments. Why not having a quality label for a school antibullying policy? Again, this idea was controversial because it implies that there can be a reliable external way of measuring the quality of antibullying policy.

Finally, the project attempted to make European level recommendations for policy on all of this. A challenge of European policy is that it considers education as falling under the subsidiarity principle. This means that decisions about education should be taken at a national or local level and not on an international level. As a consequence, the possibilities to advocate for improved European policy on antibullying are limited. Still, the project formulated recommendations which ask the European Community to consider if and how guidelines for antibullying could be formulated on the international level.
GALE and her partners are very interested in how other people and organizations think about these issues. Please consider filling in the short questionnaire https://www.gale.info/abc-eva (until 17 May) or to join the discussion on https://www.gale.info/en/how-to-combat-bullying (29 April – 17 May).