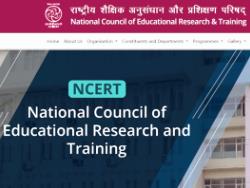 29 December 2021 - India's National Council for Education Research and Training (NCERT) was forced to take down their newly developed module for teachers on issues of transgender and gender-conforming children. They were forced by a backlash from right-wingers who objected to references to caste-patriarchy, recommendations around gender-neutral restrooms, and mention of puberty blockers.

Clear need for the teacher training

In 2014, the first gender audit of National Council of Educational Research and Training (NCERT) textbooks showed that men and women were represented in a gender normative way -- women were more likely to be shown in caregiving roles like nurses or as cooks, indicating household work, while men were shown having more varied jobs like pilots, astronauts, police and sportspersons. A couple of months later, the landmark verdict in the case of the National Legal Services Authority vs the Union government (NALSA judgement) was passed by the Supreme Court. The court declared self-determined gender identity a fundamental right and directed the government to make provisions for the education, health, and employment of transgender persons.
More than seven years after the NALSA judgement, the NCERT’s Department of Gender Studies came up with teacher training material to make school education more inclusive for gender nonconforming children. The training manual was created with inputs from transgender scholars, professionals and activists.

The teacher training document had been available to the public on the NCERT website, but a publication with a wider audience by Firstpost elicited negative public feedback. Many commended NCERT on the material, but scores of tweets objected to the manual, calling it a “woke” move to bring “American propaganda” to Indian schools. Educators say the complaints are entirely based on misinformation. Still, a formal complaint against the manual was filed with the National Commission for Protection of Child Rights (NCPCR). The NCPR asked NCERT to rectify the anomalies in the document. The document was removed from the NCERT website.

In the meantime, several complaints were filed by different government agencies with the Madras High Court against the taking down of the manual.
In early December, an NCERT official was interviewed by the Times of India and reaffirmed that NCERT recognizes the need to train teachers about trans issues. The Madras Court ordered NCERT to republish the manual. NCERT responded that the material was taken of only because it was not yet reviewed and finalized. The Deputy Secretary of NCERT told the court that the training material will undergo a three-stage review before it is rolled out. But NCERT assured the training will take place in the academic year 2022-2023.