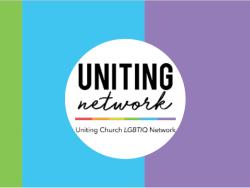 9 November 2020 - The conservative Australian politician Mark Latham has proposed a law for the state of New South Wales that will forbid education about gender fluidity. The proposal harms trans and gender diverse students by denying their existence and prevents teachers and counsellors from supporting them. It allows parents to withdraw their child from a class or program which tells them LGBTIQ+ people are just like everyone else.

According to Equality Australia, the bill:

Mark Latham is the new leader of One Nation, a right-wing splinter party which is opposed to immigration and holds nationalist values. The party proudly present Lathan as someone who strongly opposes the impact of political correctness and identity politics on public debate. He appears to be a rough type and has been accused several times of hitting and threatening people and of destroying equipment of journalists. He also was reported to downplay the importance of domestic abuse against women. Finally, he publicly commented that one of the boys in a high school video about International Women’s Day looked gay.

The proposal has been put forward for comments to the NSW Committee, which will collect comments through a survey in January and February. The Uniting Church LGBTIQ+ Network NSW/ACT has already submitted a critical response, especially with the view that a host of conservative churches are expected to support the proposal. The further discussion steps are not yet clear. However, this proposal is part of a larger body of legislative proposals to give precedence to religious rights over fundamental human rights for everyone.