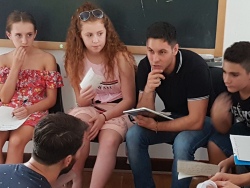 7 April 2020 - A review of European policy on antibullying shows that international institutions claim to have little influence on education in general. They could possibly influence the quality of antibullying policy in schools by focusing on the broader concept of combating violence or discrimination. But in practice, combating bullying may have a different focus and requires a consistent school policy, which international institutions cannot influence because influence on the education system is taboo. The ABC-project, which experimented with certification of antibullying in schools, made six recommendations to build a European road map against bullying.

Strengths and shortcomings in Europe

The review of the ABC-project of global and European policies shows how both the Council of Europe and the European Union share a vision in which peace, conflict resolution, democracy and equality are central topics. Both have legal and social strategies to implement these values. In the European union there is a substantial budget for antibullying projects, which will only grow with the expansion of the Erasmus+ program. However, a few shortcomings in the European strategy could be pointed out.