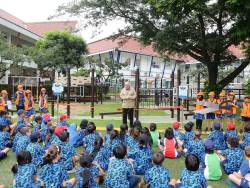 24 December 2019 - In recent weeks, foreign teachers at private schools in Indonesia have been required to answer a series of ridiculous in what the schools called “a psychological exam”. The goal was to determine if teachers were gay, bi or lesbian, or if their attitudesa were favorable towards LGBT rights. Since 2015, the Indonesian government prohibits international schools from hiring foreign teachers who have “an indication of abnormal sexual behavior or orientation.”

The questions teachers were required to answer were, amongst others:

The teacher-testing requirement was adopted after a contentious 2014 court case. A Canadian educator and six Indonesians were accused of sexually abusing young students at the prestigious Jakarta International School. A mother sued the school for 125 million US dollars for the supposed child abuse of her 3 children. The court denied her case because nothing could be proven. But at the same time, the same judge convicted the sued teachers to long prison terms. The “evidence” included the claim that the educator used magical powers to seduce the children and render the crime scenes invisible. His sentence was ten years but he got “clemency” after five years.

Same-sex relations are currently not illegal in Indonesia except in the autonomous province of Aceh. In September, the Indonesian parliament got a proposal from the extremist Muslim party to outlaw all sex outside marriage, which would make same-sex relations also punishable. It was sidelined, but it is expected the extremists will try again.
In the meantime, persecution of LGBT people is rapidly increasing in the once deemed tolerant country. In the past years, we have seen extremist Muslim raids on LGBT organizations and conferences, a ;police raid on a gay sauna and the closure of a Quran school for transgenders. In Bekasi Regency, a suburb of Jakarta, the Child Protection Agency recently said it had used police records to identify 4,000 people who suffer from the “disease of being lesbian, gay, bisexual or transgender”. Like in Russia, the Indonesians use the argument that sexual diversity other than heterosexual marriage is caused by licentious lifestyles.