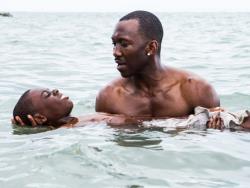 25 October 2021 - Recent psychological research by the Georgia Southern University suggests that positive media representations showing people being supportive of gay individuals can help reduce anxiety and depression among LGBTQ people around coming out and living openly. However, which depictions help most and especially if coming-out support people of color as much as white people needs to be research further.

This was a small non-representative study, with 28 College students who were recruited through a College LGBT organization. About half of them were white and the other half was a mix of Black or African American, multiracial, Hispanic or Latino, Asian or Pacific Islander. The scientific article does not detail the sexuality or gender of the participants, so we don’t really know if the results pertain to “LGBTQ” or mainly to gay men.
Participants first took a survey to measure their level of outness to others. They were then randomly assigned to view two videos depicting either a positive or negative interaction between gay people. In total there were four videoclips: two positive clips, featuring either white or black men, and two negative clips, also featuring black or white men. The video clips came from the films Moonlight, Call Me By Your Name and the HBO series Euphoria. After watching each video, participants answered questions to determine their anxiety and depression levels.

The results showed that positive media depictions of people showing support to gay individuals lessened their anxiety and depression levels. But because of the small sample, the influence of race or culture could not be assessed.
The main researcher Christian Marrero thinks that further studies are needed in order to develop a more nuanced understanding of how media works. He thinks future research look better into LGBT mental health, experiences of black people, intersecting identities and resiliency. It should measure resilience levels against negative social and political factors in order to better understand what type of backgrounds can be positively influenced by what type of depictions.
Earlier research from 2011 showed that positive media role models serve as sources of pride, inspiration, and comfort to LGB people. Research also showed It that exposing cisgender heterosexuals to positive LGBTQ media depictions increased their tolerance and support.