Cultural dimensions to the Right to Education 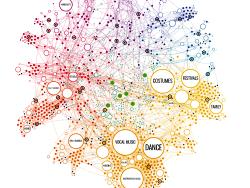 15 August 2021 - In April, the Special Rapporteur on the Right to Education, Koumbou Boly Barry, issued a submission tot the Human Rights Council on the cultural dimension of the right to education. This submission includes a number of remarks that are relevant for LGBTIQ culture in relation to education, and the report even mentions gender and sexual diversity in some remarks. For example that In Japan the mandatory use of uniforms in schools promotes rigid gender norms and limits the rights of transgender students, and that in some countries access to information about LGBTI people is forbidden.

To be able to identify and face crucial challenges

The Special Rapporteur notes that the cultural dimension of the right to education is crucial to make the right to education inclusive for all people, because people of diverse and this is in part due to their culture. This is especially important for students “to freely follow-up a process of identification, to experience mutually rewarding relations throughout their life, to deal with crucial challenges facing our world, and to engage in the practices that make it possible to take ownership of and contribute to these resources”. This formulation strikes us as particularly relevant for LGBTIQ people.

There has been some debate as to whether LGBTI or queer culture are actually cultures. In the context of the global UN discussions about human rights, some countries would say LGBTI people are sinners and their expressions cannot be considered culture but a dangerous promotion of gender and sexual expressions that threaten normality and the State. Even within the LGBTIQ communities there is some criticism of what constitutes LGBTIQ culture and to what extent it is supportive for all LGBTIQ. But there is an increasing number of states that even formally recognize LGBTI culture and label LGBTI cultural expressions as “intangible heritage”. For example, this was done by the Dutch government in their submission to UNESCO in 2013 and the Dutch foundation for intangible heritage formally listed the LGBT pride on their intangible heritage list. Maybe it’s time that UNESCO adds some intangible LGBTI heritage to the global list!