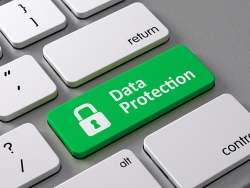 7 July 2018 - The GALE Supervisory Council has discussed the data protection policy of our organization. The Council urged the director to take additional measures to educate the members about the risks. The recommendation followed a thorough discussion about the need to collect information about sexual orientation and gender identity and the clear risks involved for the members. Should GALE take full responsibility for these risks?

The discussion was tabled for the GALE Supervisory Council because of the implementation of the European General Data Protection Regulation (GDPR). This law came into force in May. Early this year, the GALE Director reviewed the GALE data protection policy. It was strengthened on a number of issues and published it. On July 6, the GALE Supervisory Council had the opportunity to offer comments and advice.
GALE already had a solid policy on how to deal with sensitive data of members. In their profile, members can choose not to select options on sexual orientation or gender identity. They can also choose: I don’t identify with these categories” In the membership introduction, one of the suggestions is to register under a pseudonym and with a non-traceable mail address. This is important when you are in a risky social situation.
The European GDPR requires organizations to think why they want to collect personal data. If such data are not really necessary, you should not use them. If organizations really need personal data, the GDPR obliges them to describe explicitly why these data are collected and how they are kept safe.

Are data on SOGI necessary?

The first discussion in the GALE Supervisory Council was whether GALE really needs to collect data on sexual orientation or gender identity. It is not a criterion to become a member. It does not impact on the aim to create cooperation. The case against collecting such data may even be stronger. During previous discussions on the acronym “DESPOGI” it became clear that the ultimate educational goal of GALE is to eradicate classification and related stereotyping. Why ask such classifications in the first place?
However, the director said that the (internal) data about sexual orientation or gender identity are an important basis to develop membership policy. Full representation is not a GALE goal. But a skewed balance in sexual orientation or gender identity would have negative impact on the diversity perspective in GALE. GALE made a principal decision not to work with formal representation mechanisms. Instead GALE focuses on action in practice. This means that when there seems to be a under-representation of lesbians, transgenders or heterosexuals, this needs to be addressed in ways that are socially effective. This has led to much more active recruitment among lesbian educators than among gay educators. It also led to only active recruitment in the Global South. In the theory development, the norm of heterosexuality takes a central place rather than “fighting X-phobia” perspectives. The Supervisory Council agreed these are key issues for GALE.

Is the risk worth it?

The second question the Supervisory Council discussed was whether the risks for individual members are worth collecting these data. It is clear that there are real risks involved. Two cases that GALE had to deal with in her first 10 years:

We have learned from this that most members are not very aware of the technical risks and procedures. Many members also register with only their current situation in mind, while both their context or their own position may change after a number of years.
The Supervisory Council considered that these may be issues of life and death. It was suggested that collecting personal is simply not worth these risks. On the other hand, it was said that GALE members have their own responsibility in this. GALE cannot do her work very well by deciding for all members that invisibility is safer.
In the end, the Supervisory Council advised the director to make the members more aware of the risks. Especially the risks of tracking mechanisms like Google should be made more clear. GALE should advise on how to protect yourself from these. Sometime this summer, additional information and cautions about this will be added to the GALE membership pages and profiles forms.