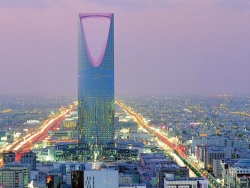 14 april 2017 - GALE has filed a protest at the NGO Liaison Committee of UNESCO for organizing a thematic forum on youth in Saudi Arabia. Recently, Saudi Arabian men were convicted to 450 lashes for "promoting the vice and practice of homosexuality". GALE says the choice of the UNESCO Committee for Riyadh as a location for a human right conference will silence a large proportion of the world youth population.

The forum, "Youth and their Social Impact", is supposed to explore youth engagement and its potential for social change and to educate for a sustainable future. A specific break-out workshop will be about using digital tools for the promotion of social interaction and engagement. In Saudi Arabia, dating sites are one of the few options for LGBT people to socially interact. However, the religious police even tracks gay dating sites actively and convicted two men to 450 lashes for using Twitter to meet in 2014. Even such private use is considered "promoting the vice and practice of homosexuality". According to the new anti-terrorism law, Saudi Arabia considers any criticism of Islam and even atheism as forms of terrorism against the State. There conditions will make the discussion at the UNESCO forum extremely limited.

GALE does not consider it safe for LGBT youth to attend the forum and certainly not to make any statement about universal human rights being applicable to LGBT youth. GALE find it difficult to understand why a human rights organization like UNESCO decides to convene a global forum on these issues in such a country. Peter Dankmeijer writes: "My conclusion is that this forum therefore will both for social and legal reasons be unable to discuss the social impact of LGBT youth and negate the needs and impact of about 10% of the world youth population. I am very sorry about this and on behalf of the Global Alliance of LGBT Education (GALE) I urge you strongly to consider the impact of your country selection on LGBT people in the future."